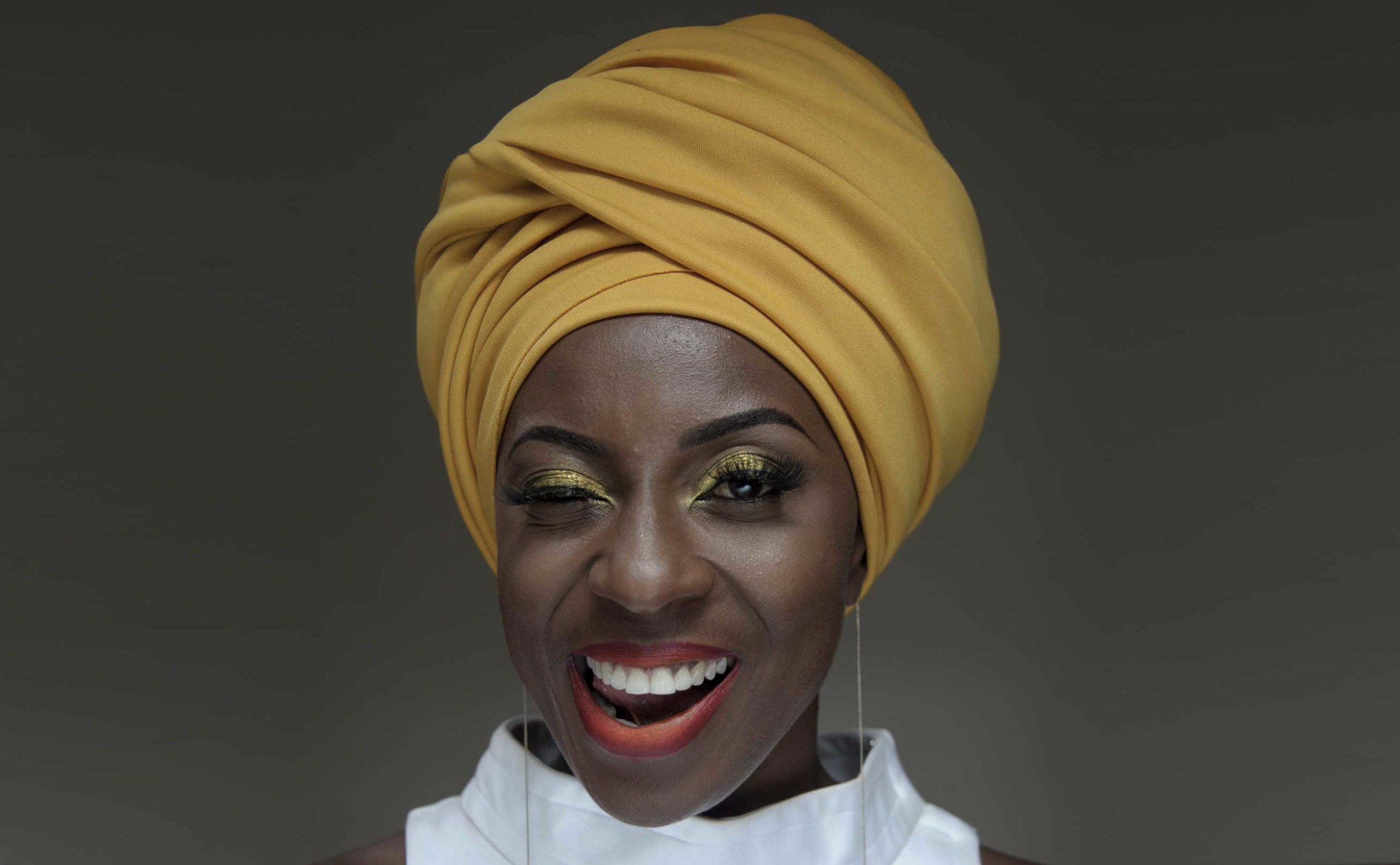 What happens when the respected, ancient sounds of Mbira music of Zimbabwe are artistically blended with modern musics of Africa plus energetic yet elegant stagework? Well, people dance to the rhythmic magic, sing along to lyrics that speak to them and cry with laughter about the bizarre and sometimes heartbreaking stories of life. People dance, sing, cry and laugh! This is Hope Masike on stage.

Hailed as one of the custodians of Zimbabwe’s mbira music, Hope Masike has been bringing her style of African music to a wide range of audiences since 2007.

Masike’s music is a fun-filled hybrid of music styles tied together by her signature sublime Mbira playing, sultry voice, and highly-charged performances. With her art and comic energy, she takes to stage with an impressive entertaining showpersonship, performing her unique brand of Afro-Pop with an energetic Zimbabwean band (comprising mbira, bass and drums). Her live performances seamlessly transport audiences back in time, back to now and way into Afro-futuristic worlds. Her art work, well-written and well-rehearsed act make her travel with her audience, creating a global and fun air about her even when she sings in other little-known languages like her mother tongue, Shona.

Hope Masike draws her inspiration from all things art and Africa, leaning very heavily on nearly a century of strong Mbira music history but not ignoring the influences from modernity. She has brilliant hopes for the future of Africa and basks in carrying her countrymen with her in her music journey of her continent. Fans come to a Hope Masike concert to have fun and experience beautiful Africa, before, now and the future. She takes pride in her culture and heritage, often challenging stigma against her culture, championing it’s documentation and fresh, youthful re-packaging both through her music and brand.

Hope is going to release her fourth studio album this year. She has several international tour credits including concerts across Asia, Europe and the west coast of America. Her versatile music approach has seen her venture into different musics in collaborations of note such as the Afro-Nordic band Monoswezi and the Southern African collaborative, Mahube. She is the rooted, yet versatile voice of Africa stories in music.

Hope Masike’s work – collaborative and otherwise- has earned her several accolades both locally and internationally, including Zimbabwean NAMA awards, KORA Awards and ZNCC Women in enterprise Awards. She has also been interviewed by CNN Newsroom, BBC, SABC’s Morning Live, ZTV’s Good Morning Zimbabwe and numerous other platforms in and around Zimbabwe.

In 2021 Hope Masike is going to release her fourth studio album, for which two singles and videos are available already. Her second poetry-book called Dhuku Rangu will also be released in the same year.