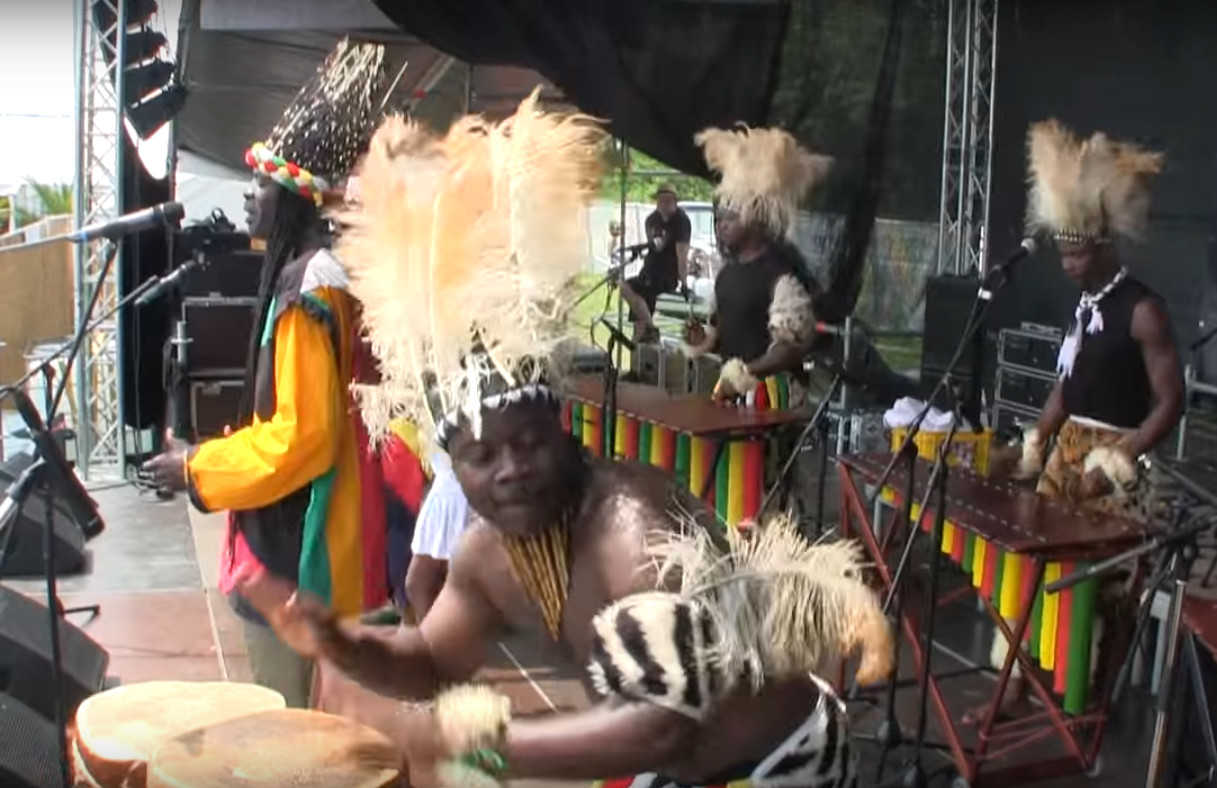 Pamuzinda was established in 1990 in Highfield, a high-density suburb in the capital city of Zimbabwe, where resources are scarce and social as well as economical problems are a hindrance to the development of art and culture, especially among young people.

The group was officially launched at a St Mary’s New Highfield Catholic Church with the blessing of the Catholic Youth Association. The group faced a lot of criticism from the day of formation. Elderly people thought it was against church doctrine, while some youth said: “How can you mix African culture and christianity?” Others believed, living in modern times, they could not see themselves in traditional African dressing. The group was expelled from operating under catholic premises. Pamuzinda is now operating at Zimbabwe Hall Social Centre.

Pamuzinda is now a household name in terms of it’s energetic traditional dances and it’s music which includes the most respected and most sacred instrument which is mbira (thumb piano) an additional of marimba (balafon), shakers, congas and acoustic guitar. The experience they have gained through the years performing in many festivals and successful tours regionally and internationally have created and transformed the group to become what it is today.

The first breakthrough to international reputation came in 1994 when the group was invited to take part at the Maitisong Musical Festival which was held in Francistown in Botswana and from there was no looking back. The music they play is a mixture of styles and fusion of music from different ethnic groups in Zimbabwe. This music is known as “musambo wepasi” meaning “ancient music” or “music for the earth”. The group also reflects a lot of Zimbabwean culture through quite a number of dances drawn from most of Zimbabwe’s provinces and some from neighboring countries, which truly illustrates the group’s combined experience after many years of being together.

Pamuzinda has recorded four albums to date. Through all the years of artistic activity they received many awards, and were nominated as one of the best music and dance groups to emerge from Zimbabwe at the Zimbabwe National Merit Awards in 2002. Pamuzinda had performances in Zimbabwe, South Africa, Zambia, Botswana, Tanzania, Belgium, Luxembourg, Holland, Japan, Scotland, United Kingdom, the USA and Germany.