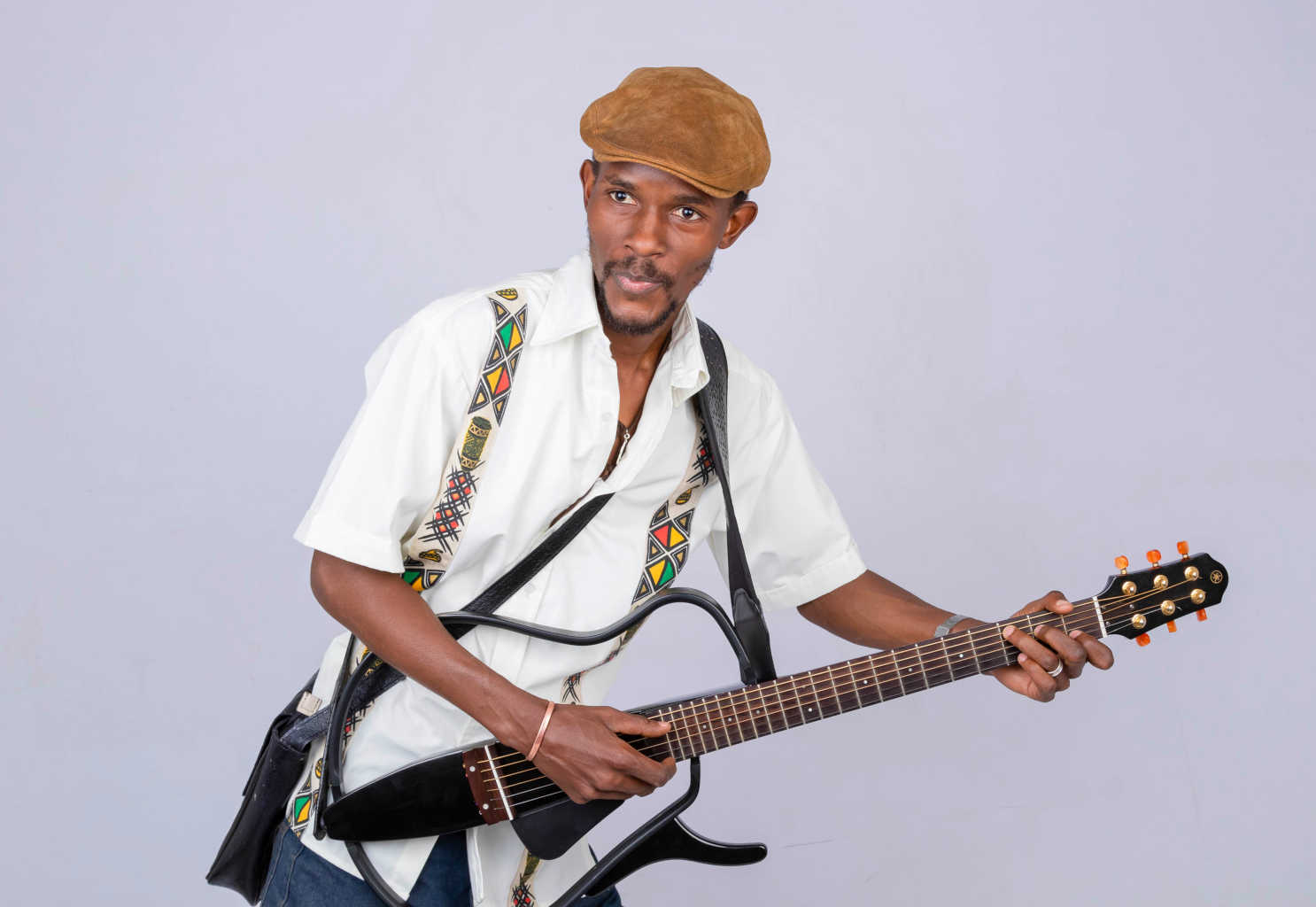 Backed by the distinctive timbral qualities of a Zimbabwean mbira based guitar sound alongside indigenous instruments such as hosho, marimba and “mbira dzevadzimu”, he draws his influences from Shona traditional folk rhythms.

Munya’s music addresses African, Ubuntu and humanitarian issues. With a distinct African voice that resounds with defiant strength and profound tenderness, and international performance experience since 2014, his ethno-music style continues to transcend through all barriers reaching diverse cultural audiences on the global stage.

He is an affiliate of Pakare Paye Art Centre where he coordinates a “Play it For Pakare” art showcase platform and through his “Ngatidanane” peace project continues to engage as a US Dep of Arts and culture affiliate.

In 2014 and 2015, Munyaradzi Nyamarebvu embarked on a collaborative project with German band JAMARAM, accompanied by a cd release titled “HEAVY HEAVY” and tour under the project name Jamaram and The Acoustic Night Allstars.